Shapiro & Smith Dance Presents Notes From A Séance for Halloween

Shapiro & Smith Dance Presents Notes From A Séance for Halloween 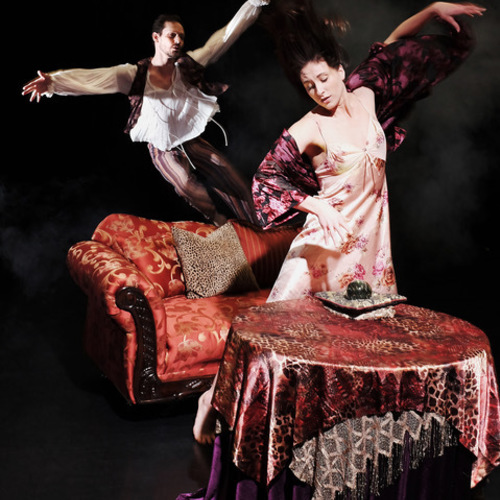 In a world of spiritualists & charlatans, two women vie for leadership of their community. One is an established & experienced leader. The other, a gifted & visionary newcomer.

Notes from a Séance, a mock Gothic romance, zeros in on fake spiritualists delving into the bizarre history of late 19th century charismatic Russian occultist Helena Blavatsky, the creator of Theosophy. Claiming to have second consciousness within her body, Blavatsky led devotees by professing knowledge of the “Ancient Wisdom,” while performing feats of astounding materialization. Notes from a Séance features Shapiro & Smith’s signature biting wit and breathtaking physicality.

The text for Notes is by Paul Selig, a noted psychic, medium and author of channeled literature. “Paul has the unique ability to step-into and “become” the people his clients ask about, often taking on their personalities and physical characteristics as he “hears” them telepathically.” - paulselig.com

Halloween Night tickets are 2 FOR 1!